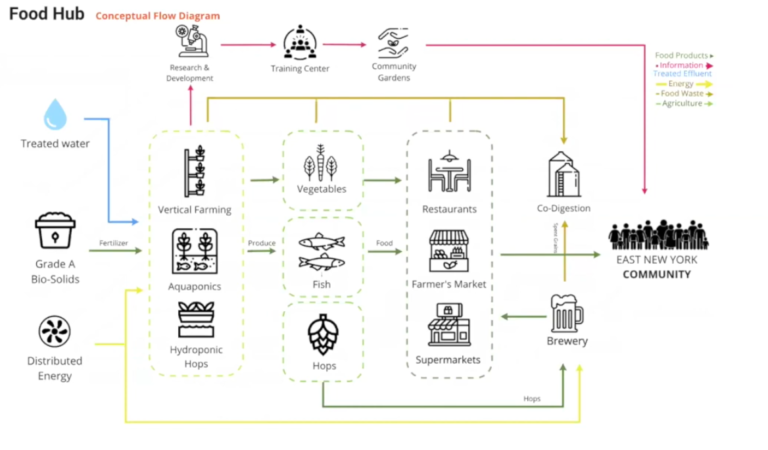 Below see the video recordings for the final capstone reviews for the Fall, 2020 semester. Following each presentation is the abstract for the project.

Summary (Abstract): ​There exists a highly compelling case for promoting Passive House building standards for the affordable multifamily sector in New York City. In addition to deep energy and carbon reductions that align with the goals of New York City’s Climate Mobilization Act, increased occupant comfort and climate resiliency will greatly benefit some of New York City’s most vulnerable populations. There is great interest in Passive House on both the supply side (designers and developers) and the demand side (customers, HPD), but there is a lack of available data to support the underwriting of reduced building operating costs and an inability to recognize non-financial benefits.  In 2019, HPD, CPC, Bright Power, and Steven Winters Associates went on a mission to identify and collect performance and cost data from multifamily Passive House buildings. While Passive House has demonstrated great success for decades, there currently isn’t a database dedicated to capturing and publishing cost and energy data from Passive House projects. This lack of available data has made it challenging for lenders to incorporate improved performance into the underwriting of affordable housing projects. The Capstone project’s goal was to build a database that will host this valuable information as a means of enabling lenders to develop underwriting standards that better reflect the true costs of Passive House projects and help overcome incremental first cost barriers that prevent wider adoption. Our hope is that this database will also benefit professionals in the Passive House community in addition to others in the multifamily ecosystem.

Summary (Abstract): New York City wastewater resource recovery facilities (WRRFs; long ago known as sewage treatment plants) are at a crucial point in their long evolution. Though they have shown significant ecological improvements through history, innovations in the industry can today enable them to more forcefully speak to three-pillar sustainability goals. The evolution of the name itself—shifting from a focus on wastewater “treatment” to one that speaks of “recovery” of productive resources—gives us a clue about the nature of some of these goals.
We also consider that WRRFs have often been seen as “dead zones” that loom ominously behind barbed-wire fences rather than engage their surrounding communities. One of our objectives is to demonstrate how existing NYC WRRFs and adjacent sites can be transformed into resource recovery campuses that incorporate community-engaging elements with the facility operations. Further, the WRRF may be seen as a potential economic engine for the surrounding community, through direct education and employment programs. Opportunities abound for good careers not only for engineers and technicians at the facility, but also for urban farmers, botanists / horticulturalists, marine biologists, and other environmentally focused careers.
We will provide a case study of a NYC WRRF through a Food-Energy-Water framework that focuses on ways that a WRRF may speak to economic and social justice and environmental remediation. We will show how to incorporate synergies and co-benefits from related infrastructure systems (e.g., solid waste, energy, food production/distribution systems) in ways that provide further community benefit than that provided by the primary wastewater-treatment function.

Comparison of Children’s Education Programs at Botanic Institutions Across NYC

Summary (Abstract): To successfully combat climate change and other emerging environmental issues, childhood nature interactions and environmental education must be prioritized. In cities, botanic institutions provide environmental education and access to nature for urban residents. To better understand educational programming at New York City’s three botanic gardens and how it aligns with funding and institutional missions, we created and administered a 17-question interview survey to educational directors (n=5) from the New York Botanical Garden, the Brooklyn Botanic Garden, and the Queens Botanic Garden. Specifically, we collected data on program pedagogies, learning goals, content learned, and educational measurements used by the different botanic gardens. We also asked each director to specifically describe the educational mission of their programming. We found that all the botanic gardens had similar values which were reflected in their mission statements and influenced their educational programming. All value community engagement and environmental education to foster environmental stewardship. Each botanic garden focused the majority of their efforts on implementation of their pedagogies and not on traditional measurements of program success. They instead use alternative measures, which focus on content retention and returning participants. The impact of resource availability was seen in institutional responses. The New York Botanical Garden, the largest botanic garden in NYC focuses on local and global issues, whereas the two smaller botanical gardens focus exclusively on their local communities.

Summary (Abstract): The environmental costs of death are often overlooked compared to those we produce in life. For the last sixty years a growing environmental awareness has illuminated the dangers of unrestrained atmospheric and ground pollutants. Rising levels of carbon dioxide, methane, carcinogens, and the unsustainable uses of timber, metals, and petroleum products have galvanized countless individuals and entire nation-states to change the habitual patterns of behavior that degrade the soil, air and water we all depend on to live. Biodiversity and the importance of a proper ecological relationship among all species that inhabit a biome have become rallying cries popularized by media figures such as Sir David Attenborough and Greta Thunberg. And yet, while many nations set emissions standards and carbon caps, the “death industry,” as it is practiced in most of the first world, including the United States, remains mostly deadlocked in antiquated legislation and wasteful resource consumption. The only two disposition methods currently legal in New York State are whole body burial and cremation. Cremation pollutes the air and in burials, bodies are commonly embalmed and encased in rare wood caskets and interred within concrete vaults, on grounds maintained with pesticides.  Looking specifically at New York City, this project investigates the potential of expanding green burial practices in New York City to reduce embalmed casketed burials and cremation.

Need help with the Commons? Visit our
help page
Send us a message
Skip to toolbar